Optimize the whole dismissal process, one tweak at a time 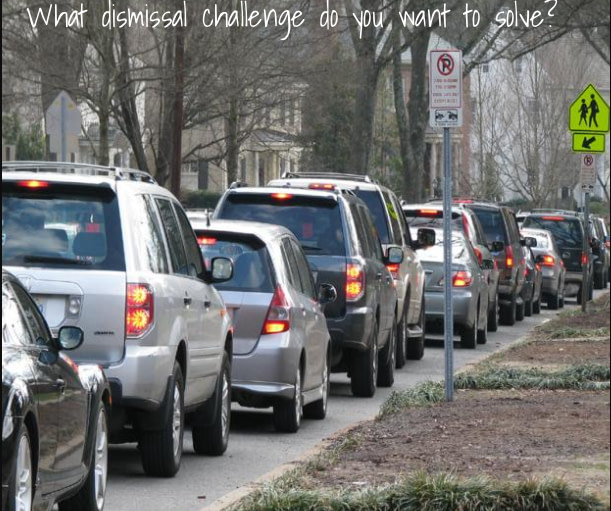 When we built QManager, we automated the whole dismissal process for schools and camps, and we did it 1 tweak at a time:

So let’s look at the various leverage points during school dismissal:

Children leave their classrooms and wait in the lobby area.

As parents arrive, they sign their child(ren) out on a clipboard.

Staff and teachers bring children out to the parents (either by the reception desk or to their cars).

When we started with QManager, first, we built an iPad app that simply replaced paper and the clipboard. Instead of signing on paper, parents signed on an iPad. No more paper and signature capture happens much faster since parents don’t have to type in their name and timestamp, the iPad does that for them.

Second, our customers wanted to see how we can give the parents the option to stay in their cars and sign. So, we built a smartphone app that allowed parents to sign for their children from the comfort of their cars!

Then we tackled the school driveway! Since parents were already signing on their smartphones, we showed their location in the driveway to the school staff on the iPad. This way they brought the kids out in the right order and got them straight into the cars. Some schools place a large monitor in the lobby showing this list. This also removed the need for walkie-talkies and shouting over the lobby noise.

Over time, some of our schools started keeping kids in their classrooms and gave each teacher an iPad (which are available for less than $150). The teachers filtered the virtual line up by their classroom and dismissed students when their parents arrived at the front.

Now that we had arrival and dismissal timestamps, we built reports. Daily attendance and absentee were easy. We added schedules to our system and helped school with billing that calculated how long students were at school, how many were being dropped off before scheduled time, and how many were being picked up late. Schools use this data to bill parents.

Finally, we started getting requests from parents to communicate with the school. So we added the capability for parents to let schools know that they’re running late picking up their children, or that their child will be missing school that day. We also added a feature for all guardians of a child to be notified when they were picked up from the school.

Schools caught on to this real quick and asked to be able to send messages to parents in bulk, to the whole school or by room or by child.

We continue to automate more leverage points throughout the dismissal process. If you have a part of the dismissal process you’d like to see automated, or just have questions on implementing QManager at your school or camp, please call Pam at 484-431-5357 or contact us through our website.